We didn’t actually book a cruise ship, but we rode a couple ferries between the Greek islands! Fun travel through the Greek islands via ferry boat requires that you pay close attention to the schedule because there aren’t boats every day to each island, and sometimes you arrive at 2am in the morning! We first took a short ferry from Kusadassi, Turkey to a small Greek Island just offshore of the Turkish coast called Samos. After went through passport control we spent most of the day relaxing on the beach and hanging out at a café eating gyros and taziki. 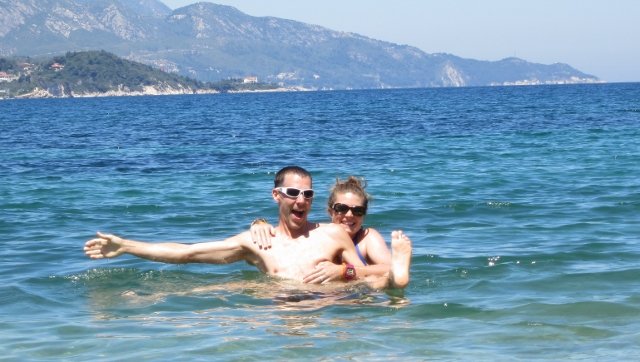 At 18:00 we set sail aboard our ferry boat to Syros, which is just about as close to a cruise ship as ever... We entered on board through the back of the boat and were ushered to an escalator, inside the boat! When we handed our tickets, we were told we could sit anywhere, but a small lounge of airline type seats. So we walked around through the lounge, the bar, café, disco, and the deck areas looking for a place to settle in. Greece was playing Czech Republic in the Eurocup that night so we decided to post up in a café with a TV. 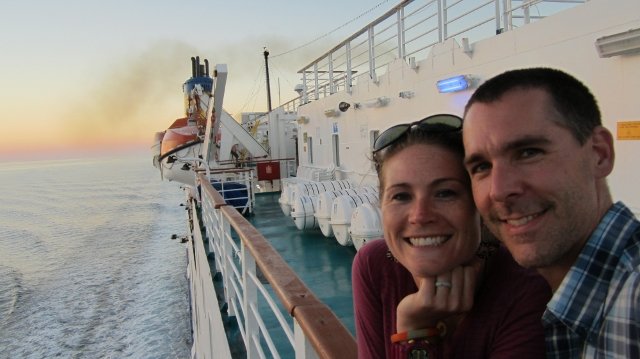 We were on an overnight ferry to Athens that stopped at 2am at our destination of Syros. People came prepared with blow up mattresses and blankets to create places to sleep aboard, under the staircases, and in the hallways. We prearranged our rental apartment owner to pick us up from the dock, and after a brief scare, we eventually found him. Our place on Syros was 100 meters from the beach and had everything that we wanted, including a kitchen, a balcony with a dinner table, a place to hang our laundry, and of course the classic white and blue Greek paint job and architecture. 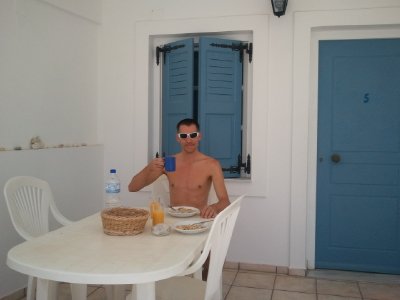 Our apartment was located about 10 kilometers west of the main city in a quiet place called Megalos Gialos Varis, so we rented a scooter to explore the rest of the island. There were fun winding roads up hill tops for spectacular views and roads that dead ended at pretty beaches. The port town is pretty built up, but had a ton of cute alley streets that were fun to explore. 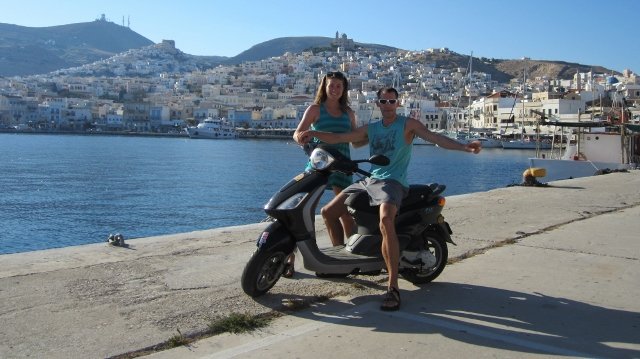 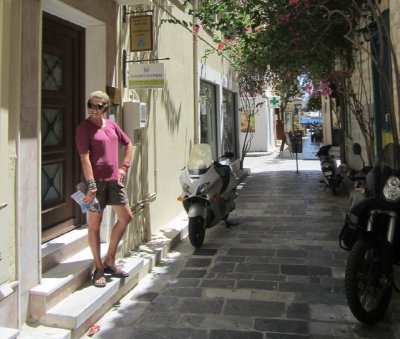 When we stopped to pick up picnic supplies at the grocery store, we were shocked, and happy, to find 1.5 liters of wine in a plastic bottle for less than 2 euros! We only had a few days for the islands and were really happy with how they turned out. 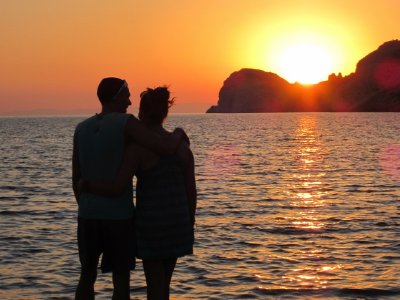 Posted by Robin-and-Kevin 02:26 Archived in Greece