We hired a car in Glasgow and had so much fun. We can’t really do justice to the feeling of being in the open country and experiencing Scotland. We saw, ate and learned so many new things but will spare you all the details and only highlight a few in this post. Here what our route looked like:

Highland Coos! (aka “cows” pronounced with a Scottish accent). These coos are a rare breed; they look heavy and medieval but stay up with the new fashions by sporting dreadlocks. 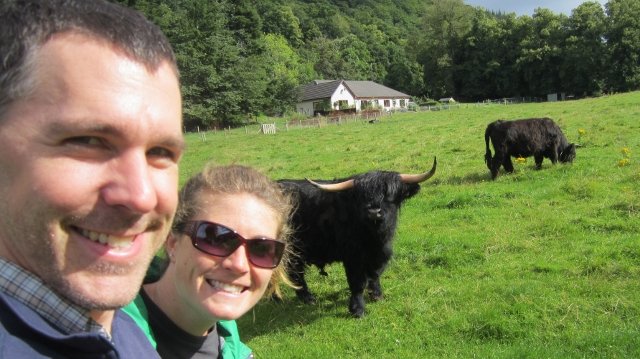 Urquhart castle on Loch Ness was empty at dusk so we had the castle grounds and the sunset all to ourselves. They have great info placards, a good lookout spot for ol’ Nessy and a house sized catapult to play with! 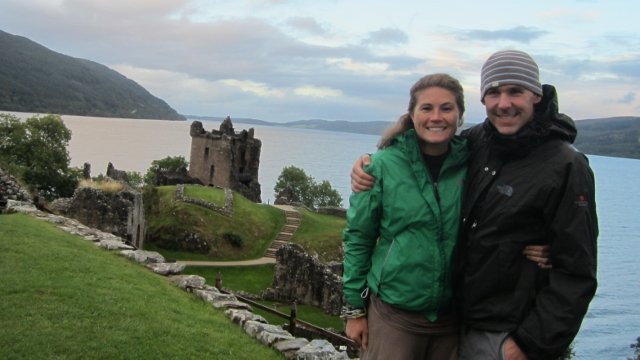 The roads are sign posed with clear driving routes for places of interest. We followed a few different trails including the “Malt Whisky Trail” that stretched for mile and miles across the country. Distilleries here were like coffee shops in Seattle, they are all over the place and could barely drive for 10min before we had stop for another sample! 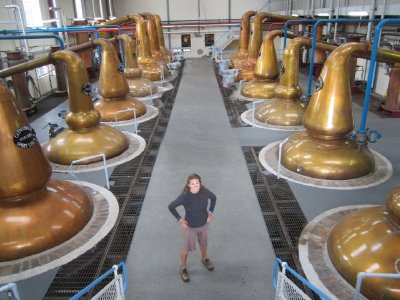 While the Greeks have the Olympics, Pitlochry has the Highland Games! We watched competitions like ‘tug of war’ and ‘tossing the caber’ (a kilted man trying to flip a telephone pole lengthwise). They had a hospitality tent stocked with whisky and homemade treats for foreigners with an up close view of the 27 bagpipe bands each taking their turn to circle the field.

We participated in a reenactment of the Battle of Stirling at the Sir William Wallace monument and climbed up the monument to see the sword that Wallace himself used in that very battle. 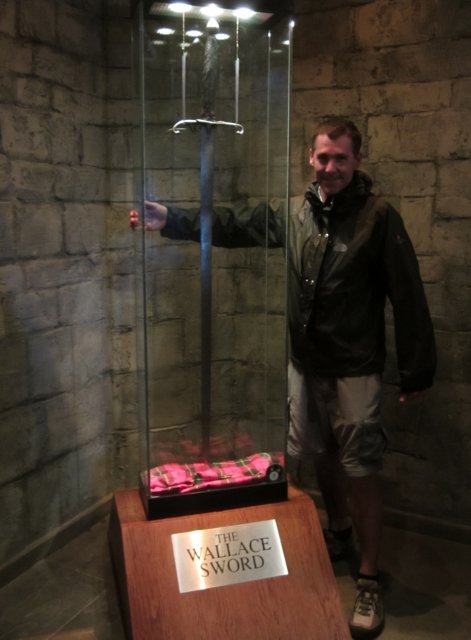 The on-and-off drizzle in Scotland makes for some fantastic rainbows! We must have seen at least one rainbow every other day… here is one we saw while staying in the quaint little village of Stromeferry. 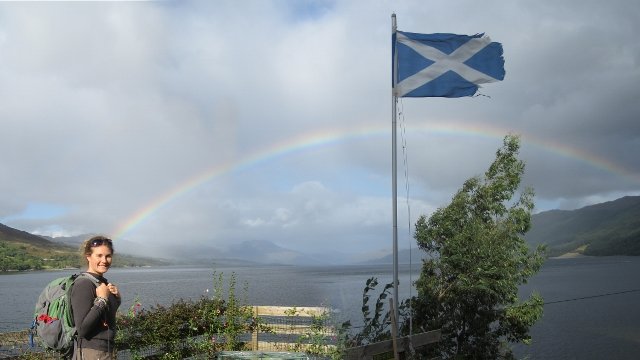 Posted by Robin-and-Kevin 08:39 Archived in Scotland

Kevin, so did you use the catapult to launch apples, oranges, and other fruit into the Loch like we did with the old water balloon launcher?

wow beautiful! Looks like you saw the best sights, and got great weather too. Love your photos as always!!