A quick trip to an amazing city...

Thanks to a few recommendations, we made a pit stop in Melbourne before heading out to Perth. We were pleasantly surprised by how easy it was to navigate around the city via tram, bikes or running. We found an amazing network of bike paths, an excellent system of buses, trains, and trams for public transportation (including free tourist bus and tram), fun usage of space like rock climbing walls under the freeway, a rotation of local artists playing on what appeared to be a permanent downtown stage, an assortment of cheap ethnic food, beautiful parks, and the largest cricket stadium in Australia! 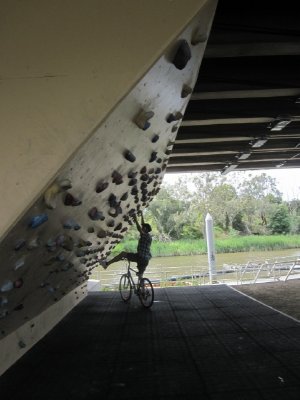 Rita and Carl, our gracious hosts gave us tickets for a tour of the Melbourne Cricket Grounds (MCG) where the 2011 Boxing Day test match between India and Australia will be held. Not having a clue about the game, we walked away with confidence that we generally understood the basic rules

we also had a go at some of the interactive game skills in the connected museum. Taking our new found knowledge we plopped ourselves down in front of the next cricket match and attempted to follow along… the nice thing about cricket taking several days to play is that we had time to argue about what we thought the rules were, ha.

On the culinary side of Melbourne, we had dumplings in China town, Turkish böreks at the Queen Victoria market, a passion fruit macaroon (macaroons are as popular in Australia as cupcakes are in the states, and just as expensive!) and some Vietnamese and Lebanese cuisine. The biggest highlight was grandma’s meatballs that we were lucky enough enjoy at an Edwards’ family dinner. We couldn’t have enjoyed our stay more in Melbourne, and owe a big thanks to Rita and Carl for being the best hosts ever by taking us wine and cider tasting in the Yarra Valley before sending us off to the airport. 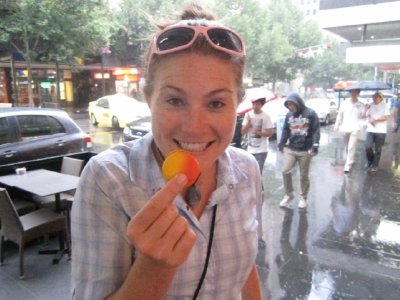 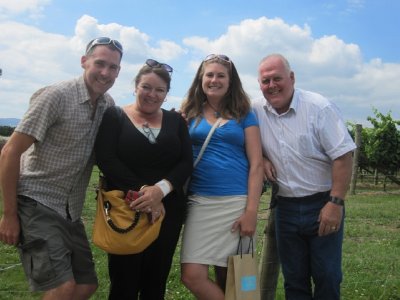 P.S. The ‘it’s a small world’ chord played again when flying from Melbourne to Perth; the co-pilot walked down the aisle and sure enough it was the same guy we met on our tour of the MCG! So after the flight we enjoyed a tour of the cockpit where robin asked, “how many buttons did you actually press on this flight?” (answer: 3)

I love the biking + rock climbing combo - very efficient. It's fun to live vicariously through your adventures.

Hi Guys-Enjoyed meeting you at the cooking class today--time to write about it!

Let us know if we can connect in KL-