Here is the description of San Pedro Sula from the USA state government website:

“…crime and violence are serious problems throughout the country. Honduras has the highest murder rate in the world. San Pedro Sula is considered to be the world’s most violent city, with 159 murders for every 100,000 residents in 2011.”

A trip to Honduras is almost impossible without a stop in San Pedro Sula as it is the hub for all bus connections to the places we wanted to go - Bay Islands, Copan, and the ferry to Belize. So we planned ahead, made arrangements to be picked up at the bus terminal and spent two different one night stop overs and traveled to/from the city 6 times! Lucky for us, our hotel room had a TV with a music channel that played Gusttavo Lima’s Balada (Tchê tcherere tchê tchê) video a few times an hour! 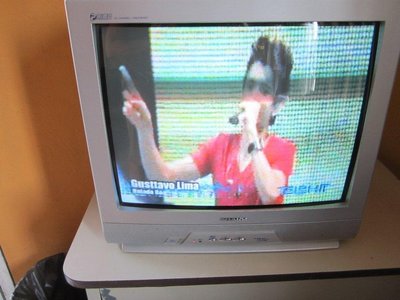 Many people we met were shocked and ask “Did you feel safe in Honduras?” The answer is, yes, mostly. Every one’s hometown city has its dangerous spots, even ours. If we had not been prepared by making prior arrangements for accommodation and transport, our answer may have been different. Had we selected countries to travel based on the state.gov’s warnings, we wouldn’t have been able to visit half the places on our route. That being said, we didn’t actually walk around through the neighborhoods freely. When we took a local bus, we had a fairly substantial drive through of the streets and saw a recently (as in that morning) torched minibus… while we were all asked out of the van to be searched by the military we were told that it was an early morning message from one of the gangs.

Posted by Robin-and-Kevin 20:31 Archived in Honduras