We headed for the hills of Boquete where high in the mountains the air is fresh and the city is surrounded by the elusive quetzal birds! We hiked the infamous Quetzal Trail, which had a grueling 300 meter accent up a natural staircase and a few river crossings. In the cloud forest we enjoyed a full serenade of bird calls. 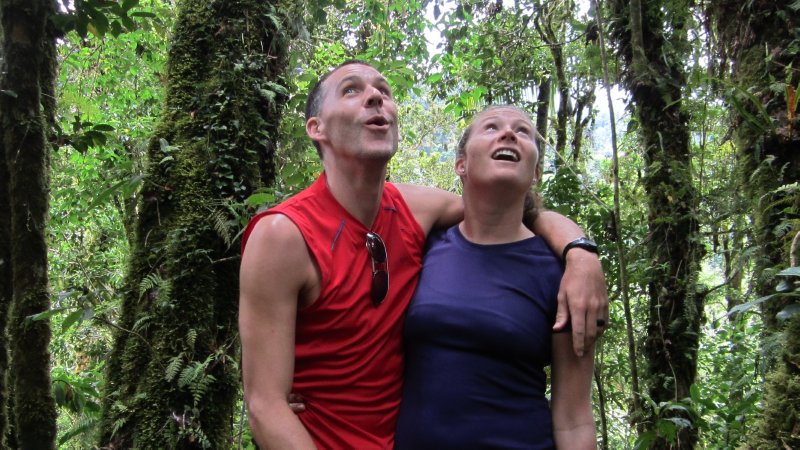 Among many other hikes in the area we enjoyed our trip to Cangilones de Gualaca where the river carved out a gorge creating a perfect spot for practicing rock climbing over deep water and swimming against the current in a natural fresh water flume. 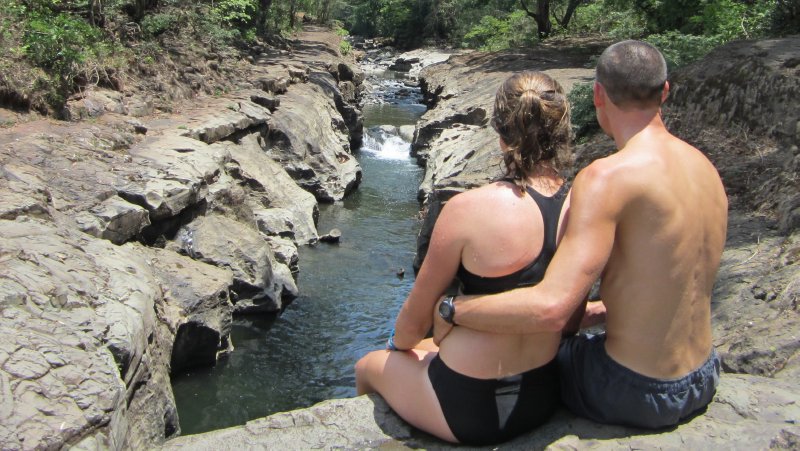 Boquete has the perfect climate and altitude for growing coffee and is famous for its many coffee farms (finca de café). We paid a visit to Finca Dos Jefes which is now owned by a fellow ex-Berkeley resident. On our tour we learned a whole lot about growing and harvesting the cherries according to the lunar cycle. 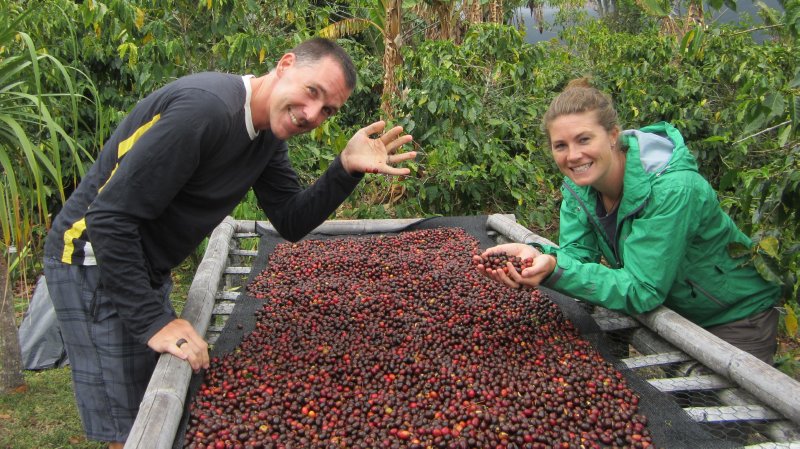 Besides the initial excitement of stepping foot into North America, we found Panama City to be one of the most dangerous feeling cities so far on our travels. It also didn’t help that on our first day while walking out of Casco Antiguo we unknowingly strayed just two blocks into the red zone of San Filipe and were luckily told off in Spanish by a local to turn around immediately (aka get da frak outta here). This put quit a damper on how we usually enjoy exploring a city (walking or running through the neighborhoods). Once back on track we couldn’t help but notice that everywhere we went there was about a 2:1 ratio of heavily armed tourist police to tourists. It’s a shame because even though panama’s skyline is growing fancy, almost every other building is abandoned and in rubles. 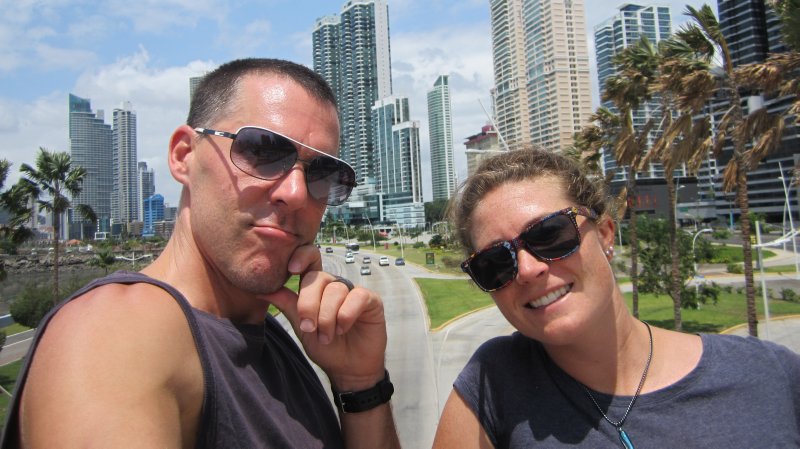 Luckily, we were more than impressed by our visit to the Miraflores Locks and the Panama Canal Museum. We really enjoyed the interactive displays in the museum and the live commentary on the viewing platform that gave us a blow by blow of what was going on with boats passing through the canal. In the museum we took a virtual voyage through the canal in muy rapido speed. 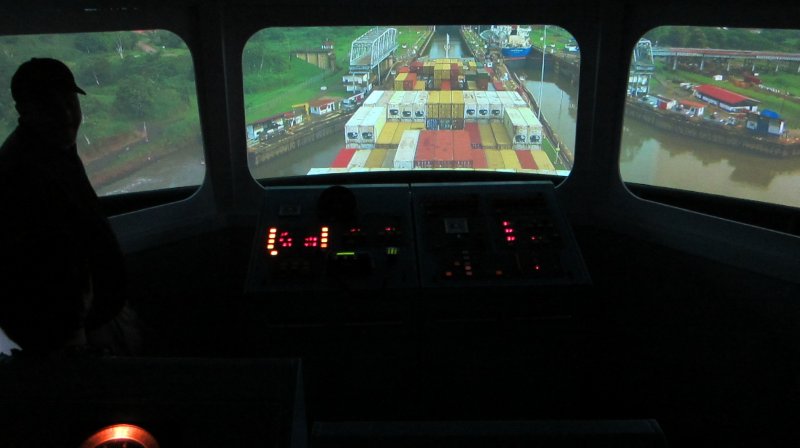 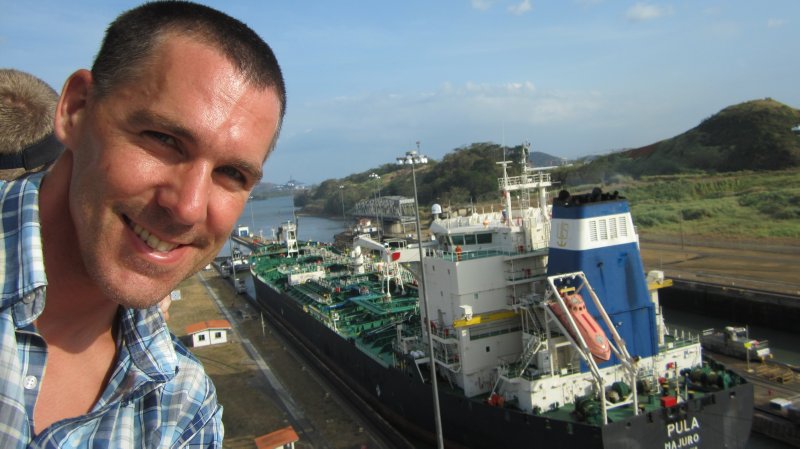 Fortunately, our hotel was located near a pedestrian walkway along the Balboa street waterfront that appeared to be safe (based on the tourist police at every cabana and the ATV patrols). Everyday we’d stop in the Marcodo de Mariscos for the most delicious ceviche we’ve ever had (aka only)! One adventurous morning we veered from the path and managed to run up to Ancon Hill for an amazing view of the city on one side and the canal on the other. 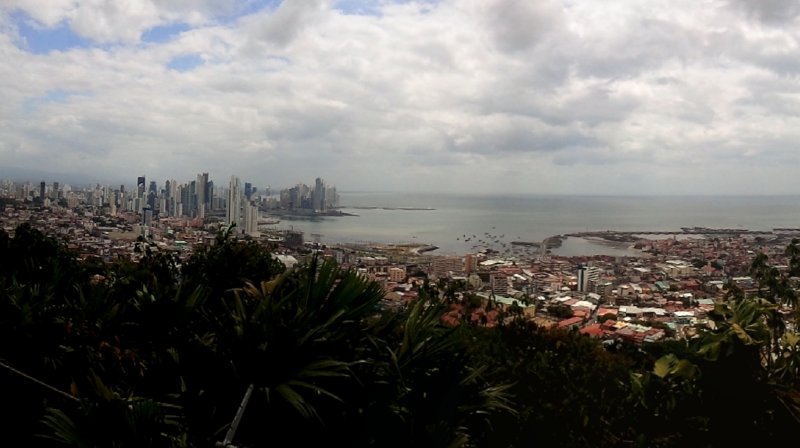 We planned on being in Panama for the Easter celebrations because of the huge number of followers and events that we read about. We didn’t end up finding a church that performed a sun rise service; however we did make it to a Good Friday candlelight procession that carried around different stages of the cross. 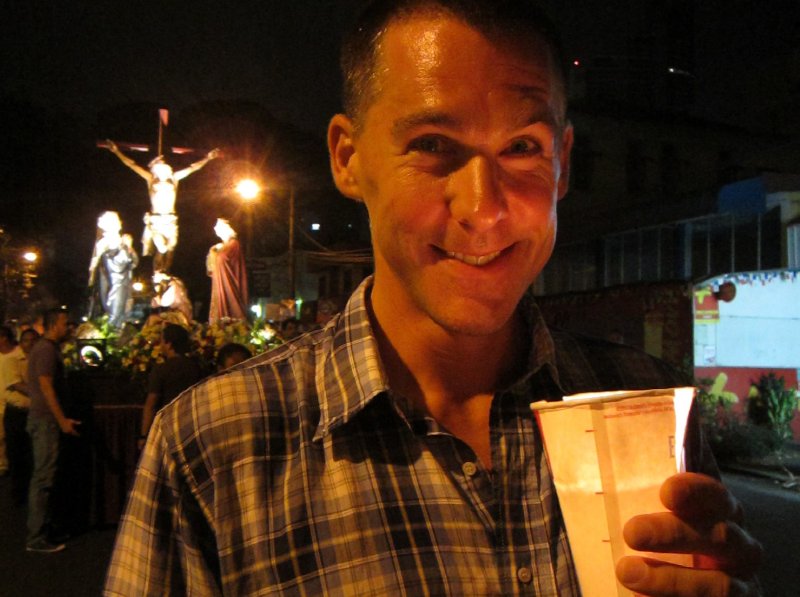