Faro is the place that Europeans go in the summer to party on the beach, only we weren’t there in summer - it was late October! It was also All Saints Day (November 1st), so there weren’t many people around. Turns out we celebrated the last All Saints Day in Portugal since Portugal’s government is removing it and some of the other national holidays next year in an attempt to create more work for people… but from what we saw, there wasn’t much of a town center to really revive. 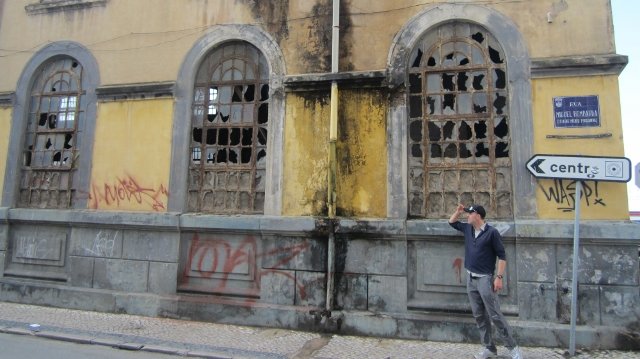 On Sunday at the coffee shop it was us and a bunch of old folks watching church on TV, we kid you not. This was actually a very nice break from the touristy towns that we had been in so far in both Portugal and Spain. We had time for leisurely morning strolls in the old town and along the waterfront before hitting the espresso bar. 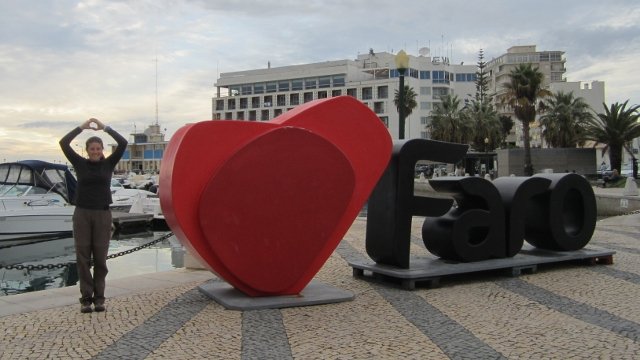 Faro is next to a large estuary and is home to some serious low tides and serious big storks that peered down at us from the lamp posts and church steeples. It might be fun to come back to Faro with some friends for the high season, but not yet… not yet. 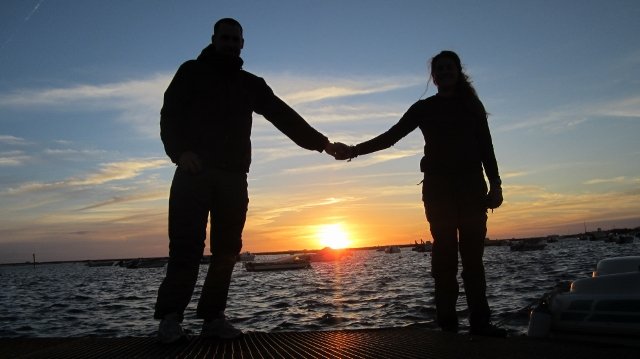 You’d think we had made it home

The same architect that designed the Golden Gate Bridge, designed the 25 de Abril Bridge in Lisbon, and if you look between the double posts, you’ll see a difference in how the supports are angled. On top of that, Lisbon is filled with Trolleys that look like cable cars and steep hills, which also give a sense of being in SF. . . the only problem was that it didn’t feel at all like home! 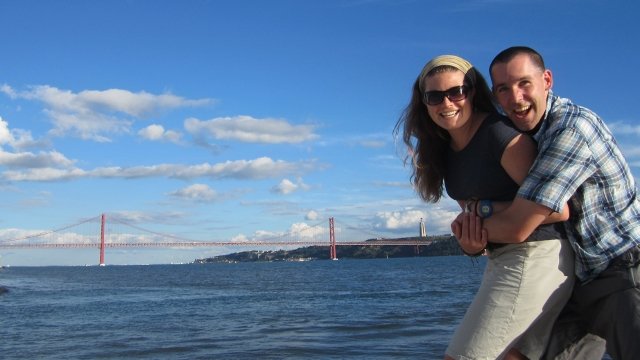 We found a real treat just off one of the squares in town where we ate lunch with the police and firemen. Not only was the place packed the whole time, but the food was interesting, and cheap. We ordered a porkless sausage dish and a fish dish. The porkless sausage was called alheira and was created to give the appearance of eating pork without actually having to sacrifice religious beliefs for the Jewish population. On our walk around the city we found a woman selling ginjinha (cherry infused liquor) from here living room window. 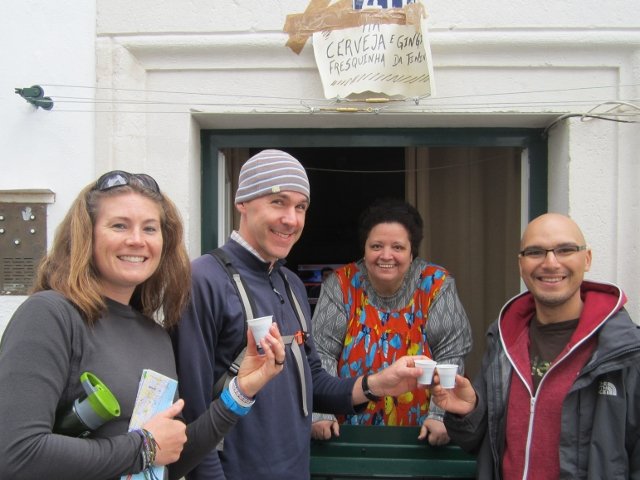 Since Lisbon is very hilly with tram and trolley tracks everywhere, we decided against hiring bikes, and instead got day passes on the public transportation. We rode buses, metros, trolley, and trams all day visiting the sites, wine tasting, and sampling pastéis de nata (egg tart). We also headed out to the Aguas Livres Aqueduct and the Water Museum. The aqueduct is one of the most remarkable examples of 18th-century Portuguese engineering, including the largest stone arch in the world, even withstanding a 9.0 earthquake and tsunami in 1775! We walked across the 1 km stretch of the aqueduct, which is sadly, not as thrilling as it sounds.

Lisbon was a stark contrast to the cute town of Porto. We did have a great time meeting people in Lisbon and exploring the vastness of a collapsing city… literally most of the buildings here were falling apart due to some long term rent control and the economic recession.

We loved how Porto is set up with its many different city scape views. We could have spent each night of an entire month at a different view spot throughout the city and not get bored of the different views.

The Port tasting caves are all situated within walking distance so it is easy to visit several caves daily : ) We had previous experience with tawny and ruby and were more than happy to learn about blanco and rosé, and how to mix them with tonic for a refreshing cocktail. 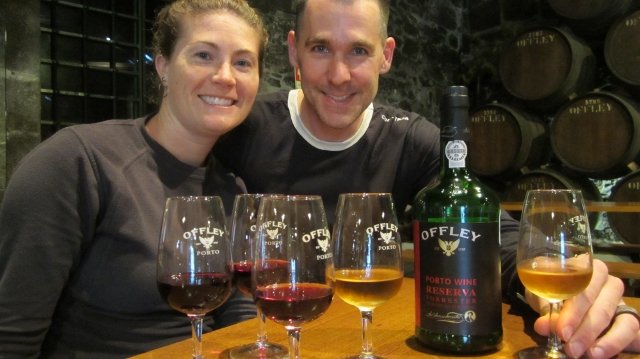 Since the City is situated along a river and the ocean, there are numerous bike paths for riding through fishing villages, beaches, parks, and boardwalks. When we returned the bikes, we noticed many athletic looking people with matching backpacks and learned that the Porto Marathon was the following day. The route for the marathon was almost exactly what we had road that day! 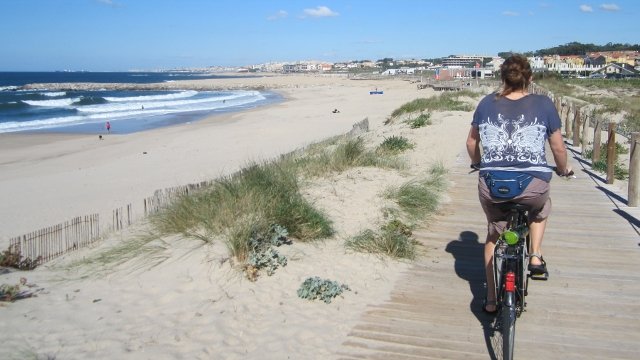 Shopping in porto is super fun too, there are large flea markets with our favorite being under the big bridge and down some super steep streets! 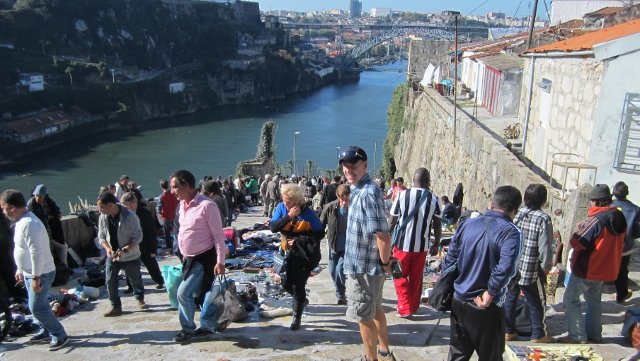 One of the world’s top 10 sandwiches can be found in Porto (find reference)! It is the Franchesia sandwich which has beef, ham, sausage, french fries and a fried egg topped with cheese and a thick sauce. It is pretty much a heart attack between two slices of bread. 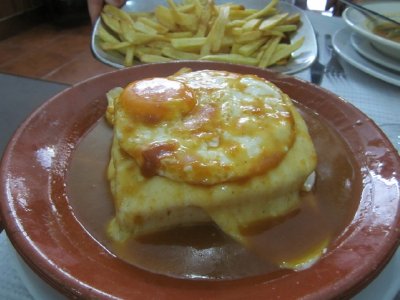