We spent a day in Belgrade prior to flying off to London. We enjoyed the walking streets of Belgrade and had a great time in the many outdoor cafes people watching and seeing some of the Olympics on TV. 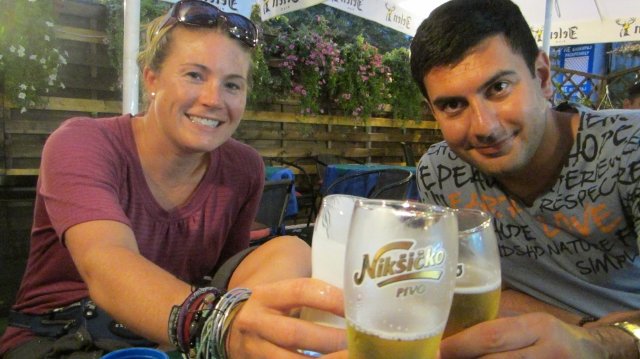 We walked around and up the old fortress, stopping to crawl around the tanks and cannons they had collected from the war. We then set out to see a few of the buildings that still haven’t been repaired from the US bombings in the 90s. Locals told us that it has been left in its demolished state as a reminder of the recent war and what reparations the country should be owed. It was a numbing experience to stand in front of a building that looks like it could collapse at any moment, and were eventually told off by the guards who were not thrilled with us snapping a few pics. 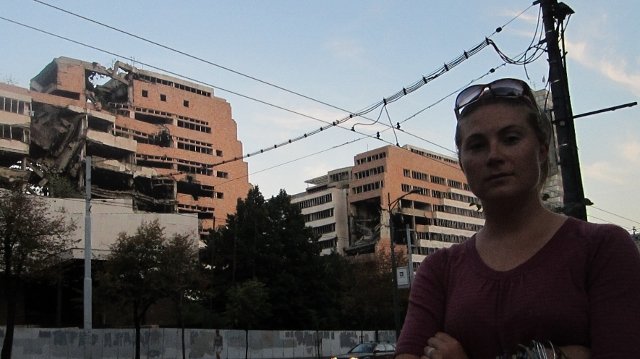 One of Kevin’s college roommates, Nikola, let us know well in advance what the date of his wedding would be in Serbia. So we made sure that we would be in the neighborhood. We flew from Split to Belgrade with the Vermz and were greeted at the airport with our first ever escort sign!! 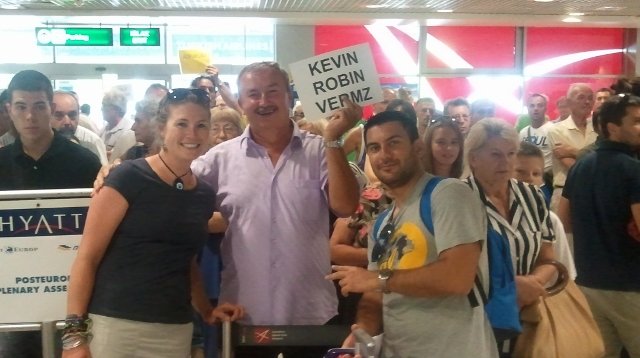 On our way to Kragujevac we stopped for lunch and had a classic introduction to Serbian food: meat! It’s a good thing we agreed to change our diets from being mostly vegan before we left to embracing whatever the culture offers. We ordered something that loosely translated to stuffed burger and ended up with a monster sized calzone shaped meat pie stuffed with cheese and more meat. 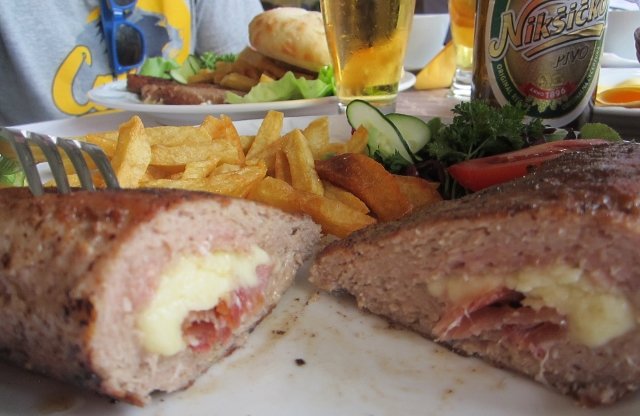 We arrived at the Kragujevac Hotel and were greeted by Nikola himself. We checked into our rooms and then headed out for a celebration drink and a tour of the surrounding area. We arrived early so we had one spare day in the KG to hang out prior to wedding activities. We decided to have our own warm up to the Olympics by having archery lessons followed by bowling and then un-synchronized diving. 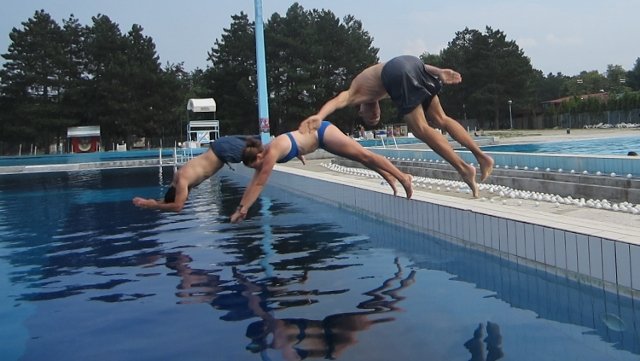 On the way back from the pool, Robin picked up some accessories for the wedding including some nail polish, fake eye lashes, and some shoes – attempting to fit in with the ultra-fashionable Serbian girls who could give Carrie Bradshaw a run for her money with their high heel collections. That evening, we headed over to Nik’s parent’s house with the groom’s side of the wedding (which in Serbian is referred to as the Swaty). Shortly after we arrived, a gypsy band came to the front door to serenade all the guests. The interesting thing was that the band wasn’t ever invited, it was just that in this small town the word got around. 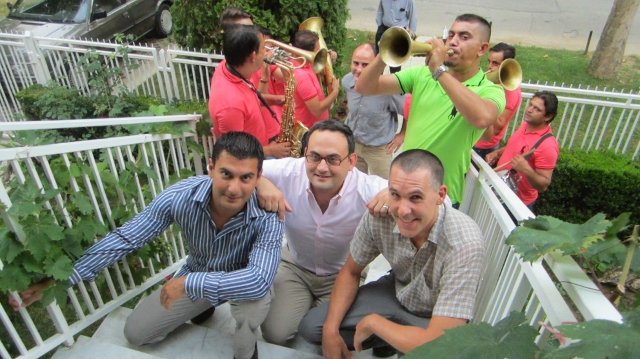 The wedding schedule, which started on Friday evening, and ended on Sunday night basically went something along the lines of: be ready at 7:30pm on Friday, eat, drink, folk dance, be ready at 10am Saturday, eat, drink, folk dance and repeat on Sunday. In short, the fun part about the weekend celebration was following along with the traditional roll play activities including going to the bride’s house with the entire Swaty caravan to ‘pay off the family,’ taking the bride to the church, escorting her to the husband’s home, drinking slivovitz (plum brandy) that the groom’s grandfather made the year the groom was born (1978), and then learning the traditional folk dances while the band members roamed around the dance floor. 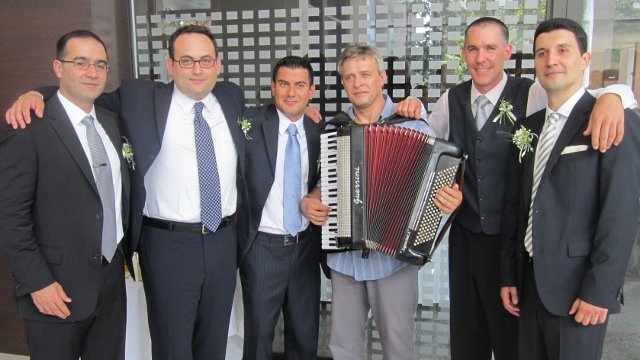