We knew Switzerland was expensive, so we decided to head to the MOST expensive city in the world… why not! Ironically, the most expensive city has some of the cheapest airfares to Nice (which was our next destination), so we spent a few days riding bikes around the city and spending some of most expensive coins in the world (a 5 Frank coin = $5.5 USD). Geneva has a great system of renting out free bikes and public transportation card to all tourists. It also has some interesting sights like the United Nations headquarters for Europe where there is a symbolic broken chair symbolizing opposition to land mines and cluster bombs, and acting as a reminder to politicians and others visiting Geneva. 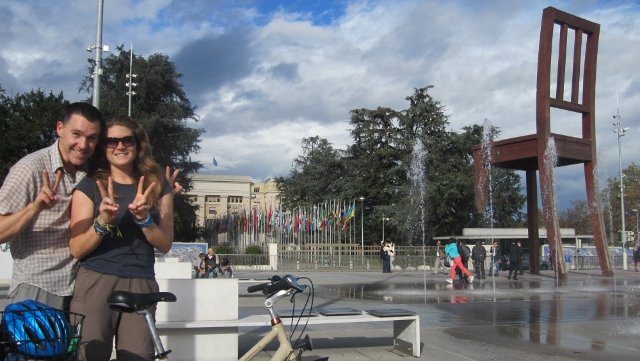 We really enjoyed the cycling paths along the lake with views of Mt. Blanc and the iconic Jet d’ Eau (largest of its kind, propelling water 240 meters into the air). 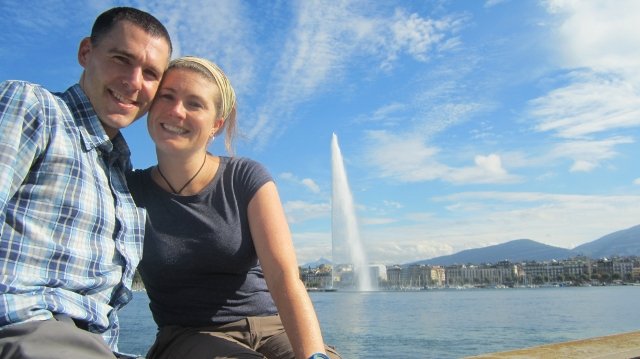 It was funny to see all of the Swiss Army Knives on display for tourists because we couldn’t see how anyone actually in an army would carry one of them, and we were doing just fine with our little euro blade… 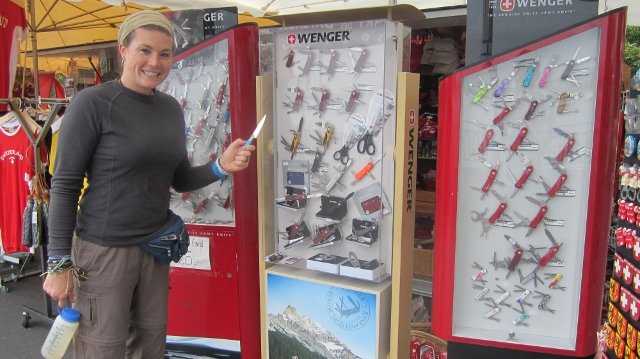 Our last few flights have been low-cost airlines (think Easyjet, Ryanair and Wizz Air). However, our Swiss Air flight to Nice was not only cheaper than those, it came with better baggage allowance, beverages and Swiss chocolate! So, we felt a bit guilty when we busted out our can of raviolis during the inflight service 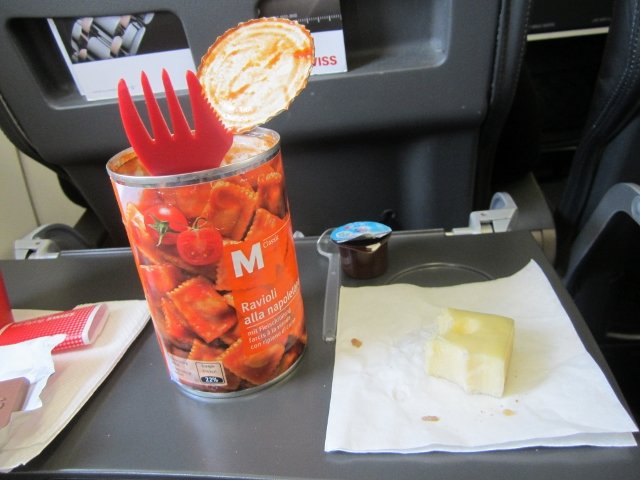 Just outside of Zurich is the picturesque town of Baden where our traveling buddies David and Karin just wrapped up their 18 month around the world trip.

We met up with them and their good friends Phillpe and Amelia for some homemade fondue at Phillipe’s family restaurant. It was the first fondue of the winter season and the whole place reeked of sour cheese! We were even advised beforehand to be careful of what clothes we wore, cause they would smell of cheese afterwards. The fondue was very rich, and we probably each devoured a month’s worth of cheese followed by Swiss chocolates and wine. Robin of course was in heaven! 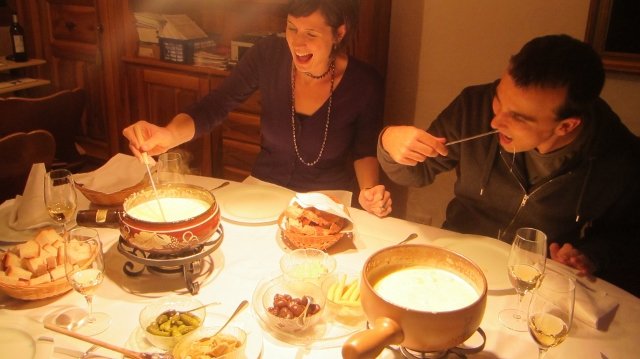 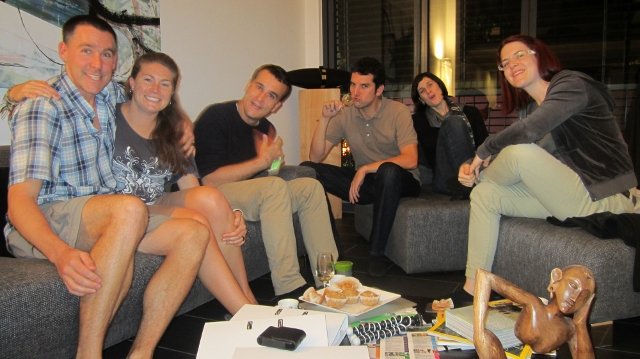 We explored Baden when it was sunny, and when the rain came we took the opportunity to work on planning our route through Africa. We gave ourselves two months to get through Africa so we would have enough time to see South and Central America in time to make it home before summer. Here is the general route that we came up with: