You would think the English language and culture in Great Britain would be at least sort of similar to ours wouldn’t you? On the contrary ‘my dear boy!’ With all of the contrasting customs between us Americans and the English, we might as well have been traveling in China. We composed a short list of our favorite differences, neither point of view is right or wrong, we were just amazed at how opposite they were: 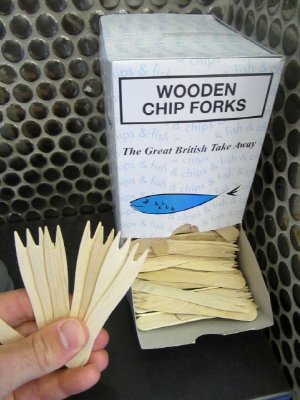 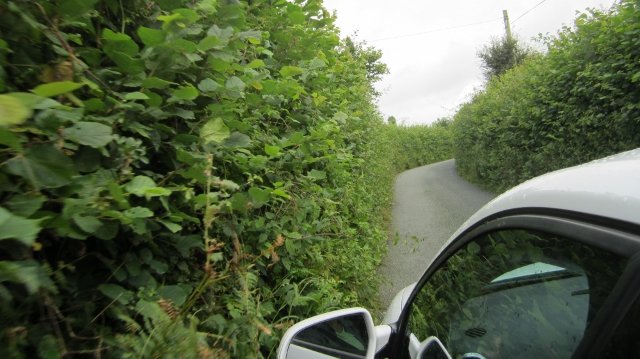 We tried our best to fit in by speaking with an upward tone and ending our sentences with ‘isn’t it?’ or ‘doesn’t it?’ but our nasally accents didn’t fool them. We have now come to the shocking conclusion that to other people we actually have American accents. It makes you think, doesn’t it?

Our engagement party on the farm

Robin’s aunt, Claire, and her husband, Roy, live on a small farm in a little village called Pipe Aston near Ludlow. They had graciously agreed to host an engagement party for us to introduce Kevin to the rest of Robin’s English family. For the party, we also put together a map including a quiz and photo match game of our travels thus far. We counted up all of the travel legs of our trip; it took us 55 buses/autos, 23 flights, 16 trains and 11 boats to get to England for the party :-) 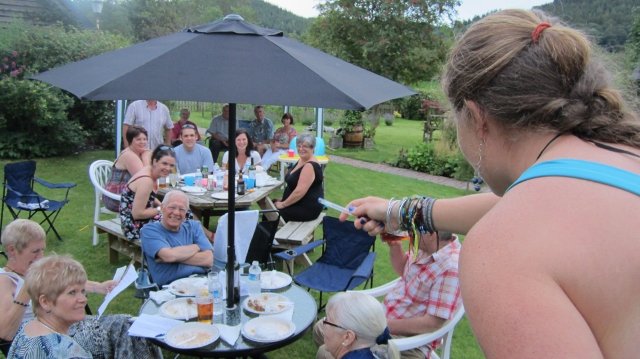 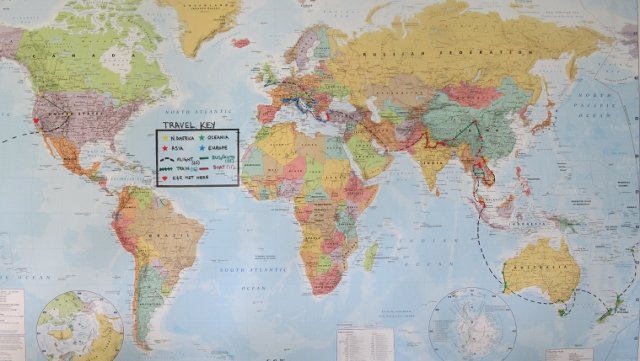 The little farm is surrounded by other farmer’s fields and other open space in the Shropshire Hills. It has 26 chickens, two geese, two ponies, two dogs, and a buncha bunnies!! The ‘right to pass’ law in England gave us way to explore the whole countryside with the Oakley and Tiggy! 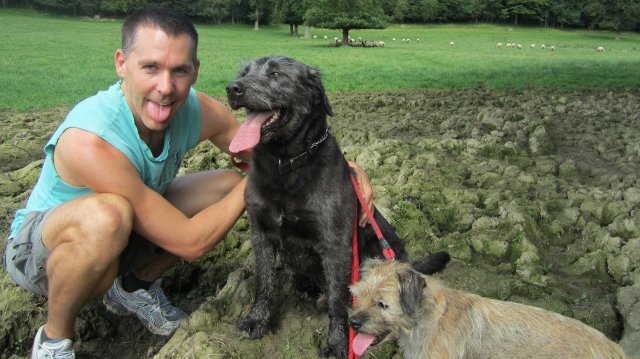 The geese (Christmas and Easter) would follow us around the farm, and the ponies (Ringo and Robby), were kind enough to let the kids go for rides (but only after the kids suited up for battle with bullet-prof vests, hats, and boots). 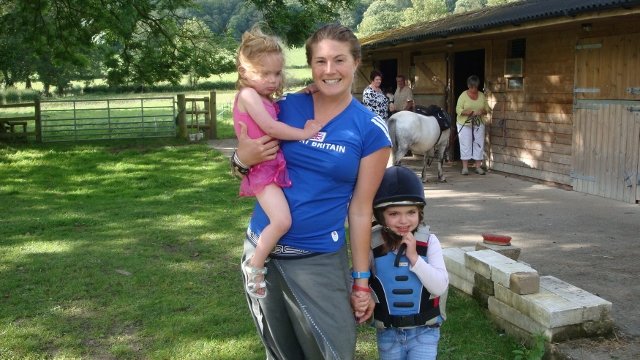 Even though they speak English in England, we always had a laugh at translations and misunderstandings. For example, Robin’s parents ordered two kegs of beer from the local brewery and since the English serve beer much warmer than we do, we were discussing how to keep them cold. . . well, that turned out to be the least of our problems! We soon found out that since the English also serve beer with out as much carbonation as we do, a ‘keg’ is actually much like a boxed wine with only 18 pints each. Luckily, English pints are larger! 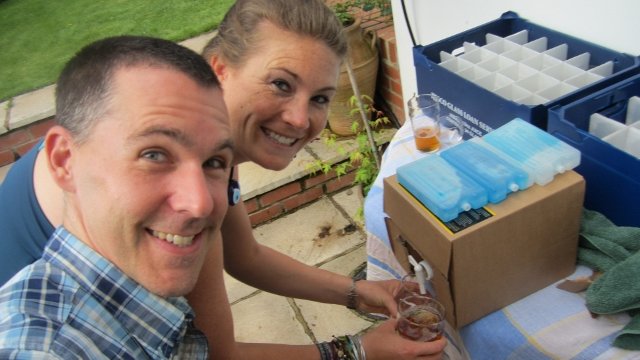 It had been 10 months since Robin’s parents saw us off at the beginning of our trip, so it was an exciting reunion at the Farnham train station. We hopped into the parent’s rental car and set the SatNav on a route for Polzeath, Portowan and eventually Pipe Aston. Below is a zoomed in view of our full trip map. For reference, London would be in the top right corner (you can zoom out to see it).

So began our tour of the English countryside! We visited a number of Lee family friends, a handful of classic British pubs and chippies, ate Cornish pasties and scones with clotted cream, walked through small towns past ports and castles and ventured into many of country side greenways. 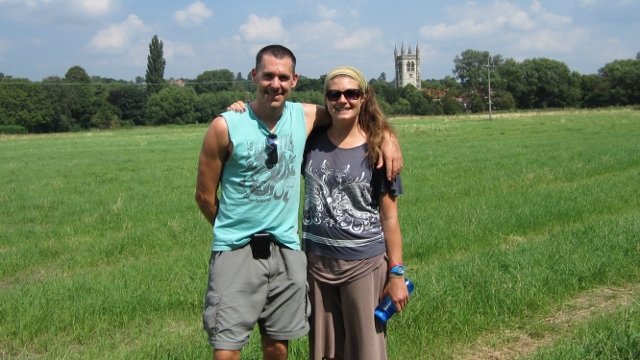 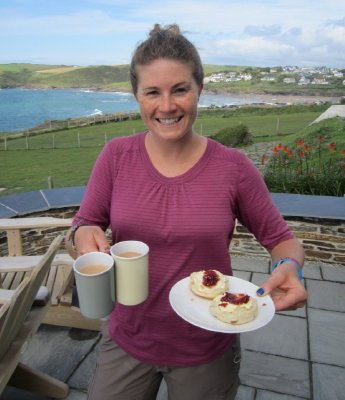 On the drive towards the coast, we made our way through the tiny hedge lined B roads towards Stonehenge. There they were, the legendary stones out in an open field wedged between the V of two main roads and nothing else around it except about a thousand tourists constantly circling it. 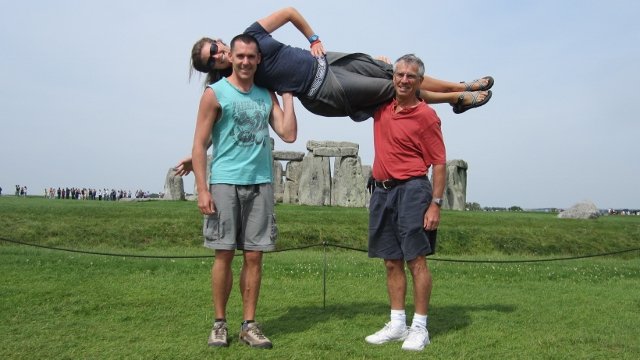 Once on the coast we met up with Robin’s cousins, one of which lives in Cornwall with his fiancé and her bunny (Bobby). They were fully stocked with wetsuits and surfboards so we ‘had a go’ at boogie boarding and surfing in the English waves. This area of coastline gets some big swells and one of the days we actually were turned away from the massive waves by a life guard who advised us not to go in “swim at your own risk, but we are not going to save you.” 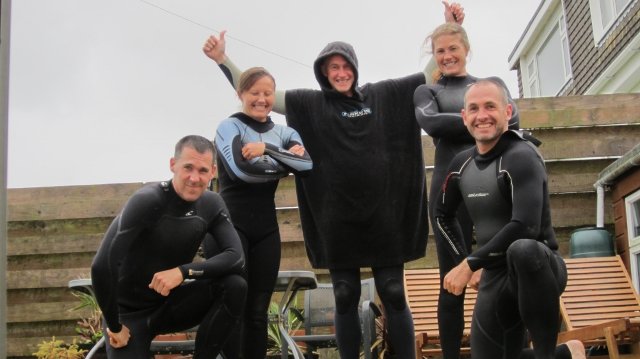 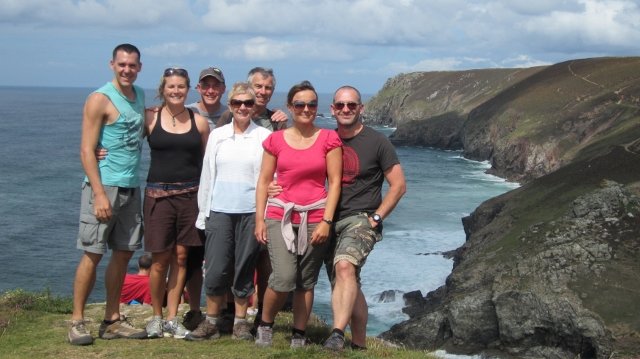 So we had some pints instead and played some cards.

Sadly, we did not get into Olympic Park, but it wasn’t because we didn’t try. We were however able to sneak our way past the countless volunteers to reach the Olympic Park turnstiles to bring you this amazing photo: 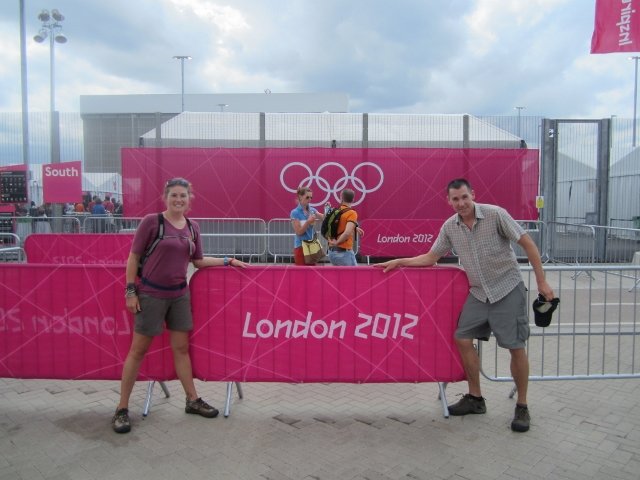 We were among the many others who checked the official website multiple times a day, only to find £1,800 tickets for the closing ceremonies. After scalpers and craigslist didn’t work out, we settled for visiting the fan zone activities that were set up in Hyde and Victoria Parks. The parks had huge TV screens set up for watching events and were littered with bands and fun activities like wheelchair basketball (of which we dominated the cross court sprints against the 12 year olds, by the way). When it started raining (as it does with the lousy weather in England), the fans didn’t seem to mind sitting on the ground under their Union Jack umbrellas. 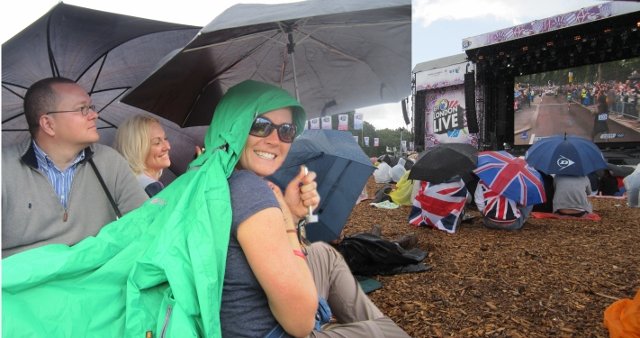 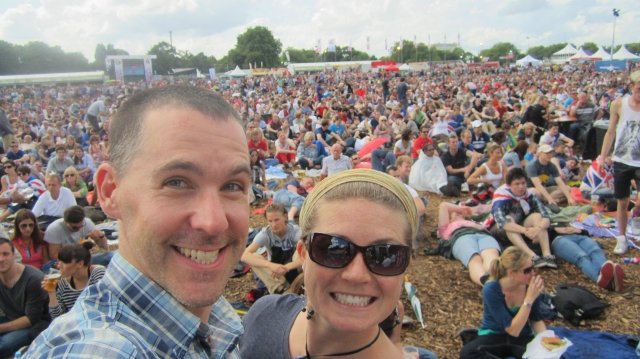 With gold in the triathlon, distance events, and triple jump, England was having great medal success this year and it added to the excitement at the Fan zones. When Andy Murray won gold in Men’s Tennis, we were lucky to find a seat in the grass, and when the woman’s heptathlon gold winner Jessica Ennis came on the stage to say hello to the crowd, we almost got trampled by Team GB supporters! Jessica is to Team GB, what Michael Phelps is to the USA. She was deemed the face of the Olympics prior to the games and after her Gold she became Queen of the Olympics in London. Turns out she is from Sheffield, which is near where Robin’s mom grew up (can’t you see the resemblance)! 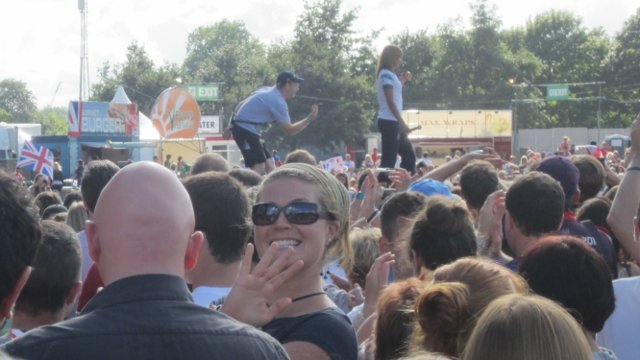 It was strange to watch the coverage and realize that we weren’t in Kansas anymore. We had no idea what was going on with team USA because being in England, we were only shown highlights and athlete profiles of team GB. So to get a broader perspective, we went to the Royal Opera house to see an exposition called ‘the Olympic Journey’ which took visitors through the history of the Olympics, and highlighted some of the great athletes. There was an awesome display showing all of the medals and torches for each of the previous Olympic Games. Then we ran the current Olympic Torch through the hall for a cheesy tourist photo. 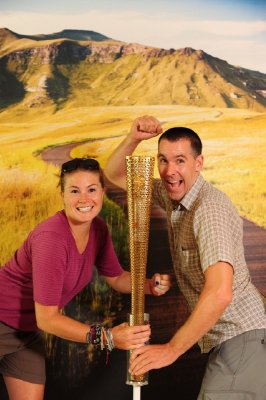 Although we were disappointed about the ticketing fiasco, the energy was definitely present, even riding the tube was quite fun since there were athletes dressed in their warmups and plenty of enthusiastic fans dress with their nation’s colors. 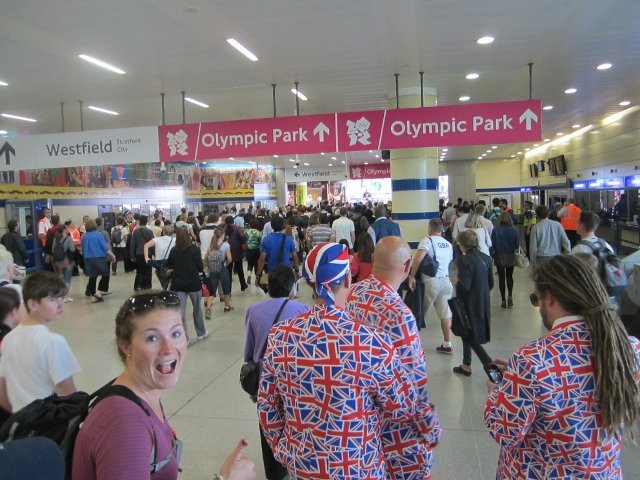 Kevin’s golden friend, John (aka JAU), and his wife Carolyn moved to Cambridge a few years ago for his postdoc and we hadn’t seen them for ages. On our arrival in Cambridge, we were immediately impressed by the beauty of the small college town, the enormous flat grass parks, and the second oldest English speaking college in the world. 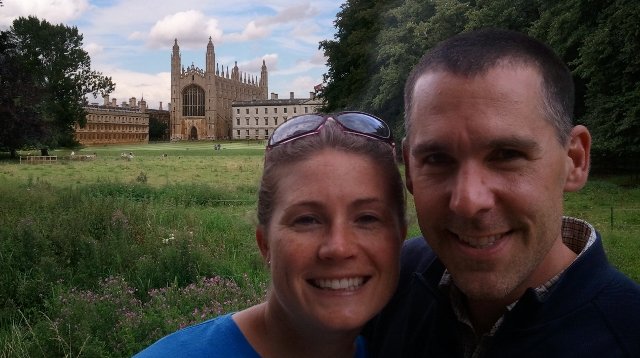 First up on the city tour included a proper British pint (warm & flat of course) at the most famous pub, The Eagle, where Watson and Crick discovered DNA. Next up on the drink menu was British Pims and Lemonade (very similar to peach schnapps and sprite) and some roadies for a day on the river. The section of the river closest to town was packed with students punting at ramming speed. We fit right in with our meager punting skills and weaved back and forth trying to punt the boat in a straight line. 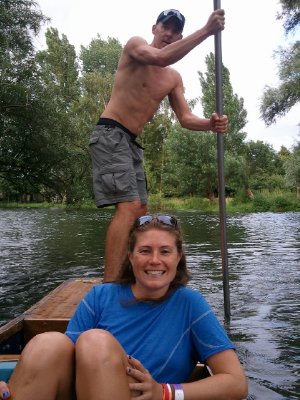 Once we were bored of trying to go straight, we decided it was time to challenge ourselves to the ultimate punting skill: while approaching a low bridge, the punter pushes his last punt and then hops off the boat, pulls him/herself onto the bridge, over the bridge, and jumps down to the boat on the other side. This took a few attempts but was well worth the challenge. 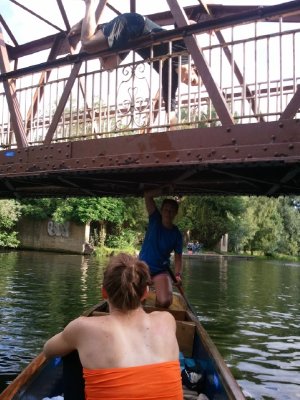 We loved hanging out with Jau and Carolyn because of their competitive nature; playing frisbee isn’t as fun unless there are punishable rules (think ‘redass’) Since Jau was a collegiate runner, watching the Olympic Athletics with him was like having our own personal history buff commentator, and because Carolyn is a swim coach, we didn’t just go to the pool for a regular old ‘swim.’ 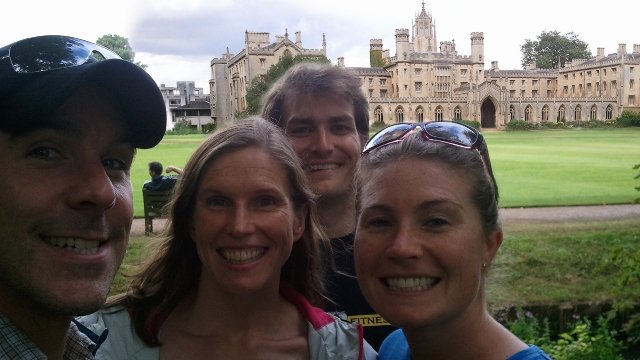 From Belgrade, we flew to Luton and were greeted by Robin’s cousin Kate, and her two little girls, Caitlin and Erin. The girls mad us a pretty awesome homemade welcome sign! It had been over 6 years since we were in England for Kate’s wedding and we were excited to see how big the girls were. We enjoyed a good taste of ‘real life’ by enjoying some day to day activities like talking the kids to preschool, tumbling with them in gymnastics class, swimming in the pool, and taking their dog Oakley for walks. The best part about England is that there is a ‘right to wander’ law that makes trespassing non-existent… so are also loads and loads of greenways that travel through the city and into the woods! 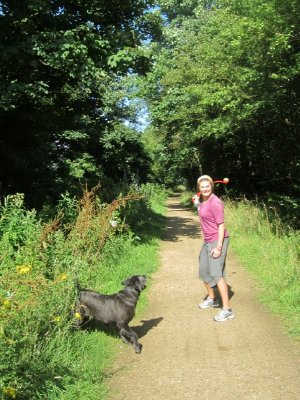 The highlight must have been babysitting for a day when Kate’s brother Mike and wife Jacqui, came with their two little boys. While they were off to the Olympics, we had a through life lesson on how hard it was to take care of 4 little kids. At the end of the day, we learned some invaluable new strategies for potty training 3 year olds :-)