We went with Robin’s parents on a road trip through Wales. Once we crossed into Wales from England, it seem as though all vowels had been replaced by ‘w’ and ‘y.’ Seriously, how would you tell someone to take the A5 exit after Vyrnwy towards Llanfair Pwllgwyngyll to reach the Cynorthwywyd gan Fwrdd Tourist Office?! 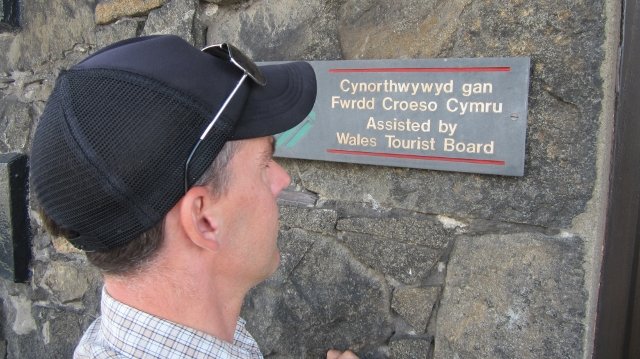 There were Castles and Bed and Breakfast’s as far as the eye could see! Our favorite castle was probably Conwy because you could explore lots of rooms and climb up the tall towers for a panoramic view of the city, but we also really enjoyed the feel of Montgomery Castle (c. 1280) which had an old ruin of a castle set in the mist of the country side looking down on squares of farm land. 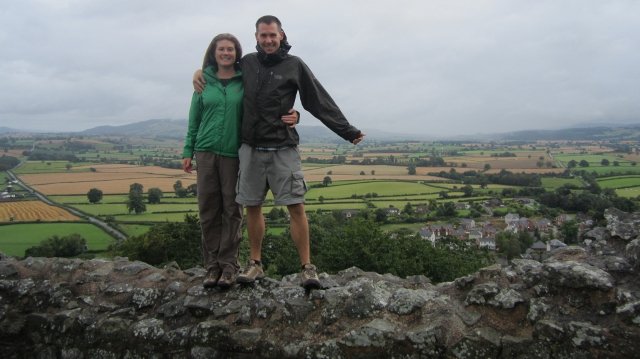 Wales has a fabulous coast line with lots of beaches, bluff walks and ridgelines to follow.

One of the hikes we did took us up into the clouds onto the highest mountain in Wales, Yr Wyddfa Snowdon at 3559ft.

We also spent some time exploring the Llyn peninsula where one of the highlights was catching the Pwhelli rafting races. Once a year the town’s folk build their own makeshift rafts and race then in the harbor for charity. It was reminiscent of the concrete canoe competition in engineering school, and we loved the creativity. Our favorite raft was built by a brave father and son who used an upside down chassis of an old Reliant car. While they didn’t win due to lack of speed, they didn’t sink like some of the others! 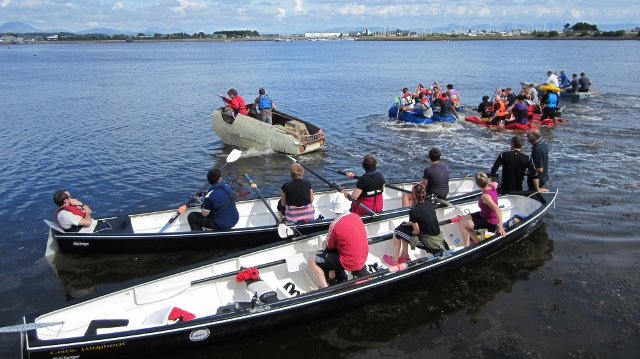 We said our very sad goodbyes, as Robin’s parents dropped us at the ferry dock in Hollyhead, where we jumped aboard for our journey across the Irish Sea to Ireland.