Holidays in the Southern Hemisphere

A Strharsky family reunion in Perth (minus lil D)

Christmas without a yule log just isn’t the same for those who have lived in the northern hemisphere; however a white [sand] xmas was just as well since we spent most of the holidays on the beach and we still had Christmas crackers (w/ crowns) and played “pennies up the bum!” Deciding upon xmas meals was a challenge to say the least since baking all day in +90F weather isn’t so desirable. We settled on a cold pasta salad with shrimp (aka prawns) on the BBQ to simulate a Christmas Eve Merkel tradition. The highlight on xmas of course was Kevin’s mom’s cinnamon rolls and cookies that were made without cup and teaspoon measurements. 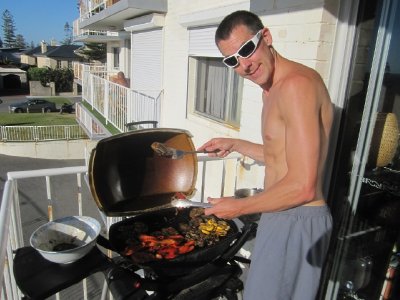 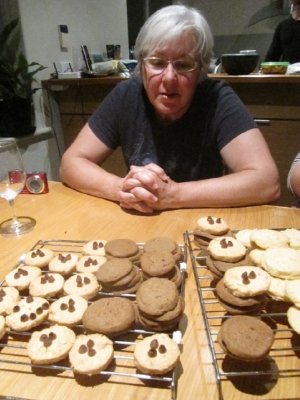 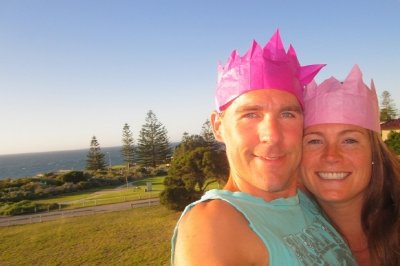 Just in case you were wondering, Santa still wears his North Pole gear in 90F weather and christmas trees still grow in the concrete jungle shown in these pics we captured earlier on our trip: 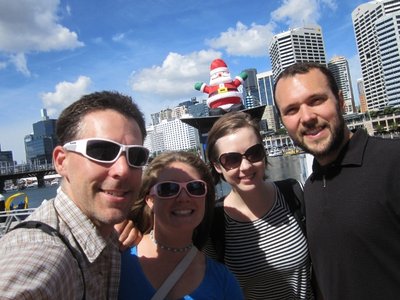 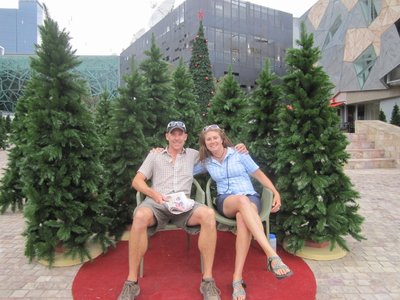 On Boxing Day, we watched the Sydney to Hobart sailing race start and day one of the India vs. Australia first test match. We also managed a lovely bike ride around Perth before heading to Fremantle and the Little Creatures Brewery for some well-deserved brew (turns out starting a brewery in OZ is a good idea since you can charge twice as much for beer that has half as much alcohol). 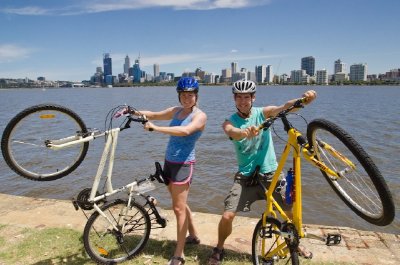 We spent Harry and Loretta’s last night in Perth with some lawn bowling, which proved to be a wonderful way to be outside, drink beer, play a game, and have a lot of fun. Lawn bowling is a bit like Bocce Ball or shuffle board, but the balls have a weight bias to them so that they curve instead of travel in a straight line. 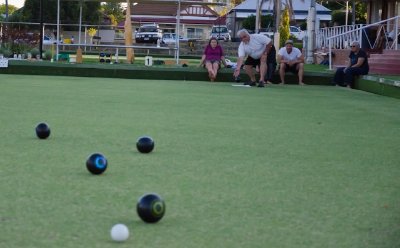 On New Year’s Day, we partook in a long standing Aussie tradition by heading to the Perth Cup for some horse racing! Despite the hot, sticky weather it is custom to get pissed (drunk) in the most fancy outfit you can find (think prom or English wedding). We met up with some locals for a champagne brunch (eggs and bacon on the Barbie of course) before dressing up and heading over to the races. In below picture you’ll get a glimpse of Robin in her first fascinator (the feather like hair piece). Although we did not win big at the races, we discovered how to place different types of bets and had a great time cheering for our horses. 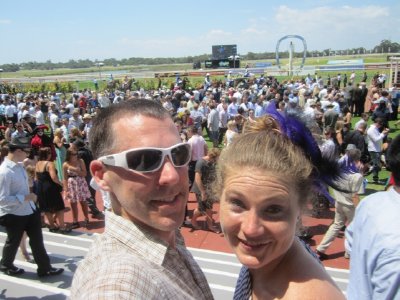 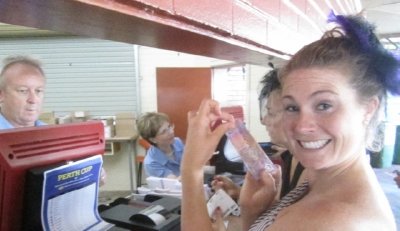 After the races, we headed back to Cottlesloe Beach with Justin and Anya for some R&R, sparklers, skinny dip, and bubbly of course! 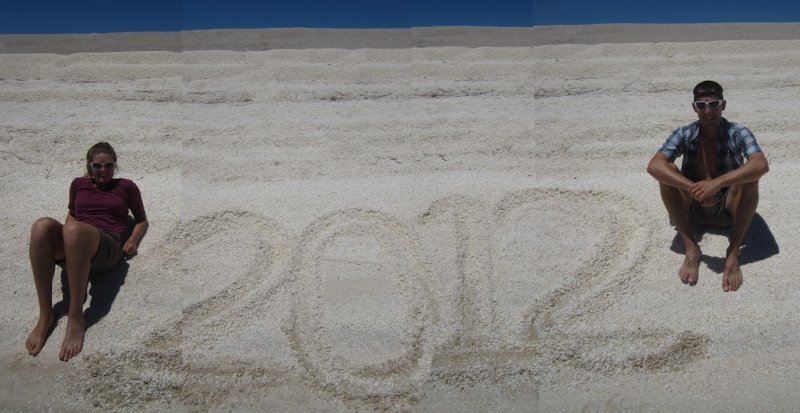 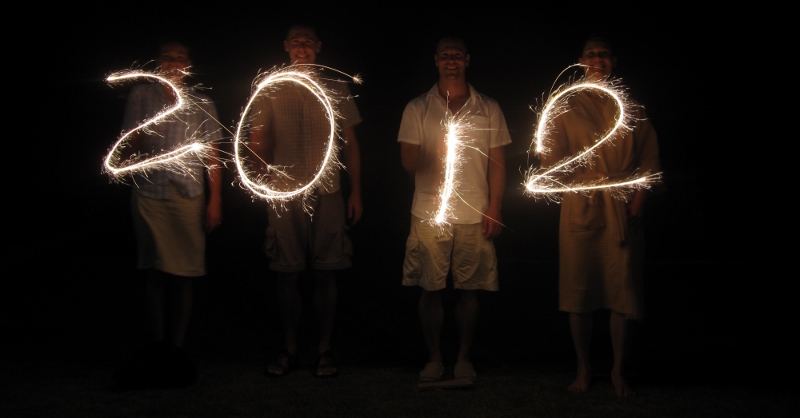